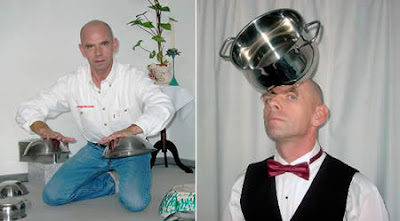 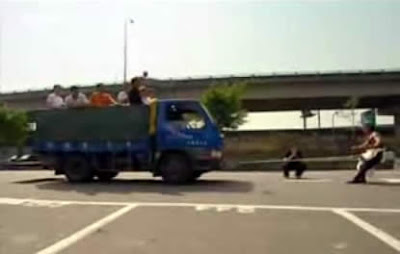 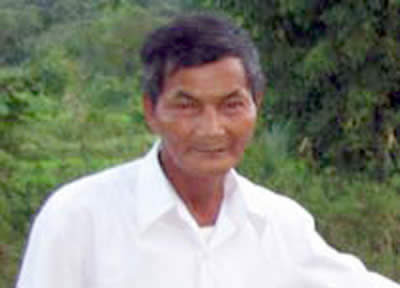 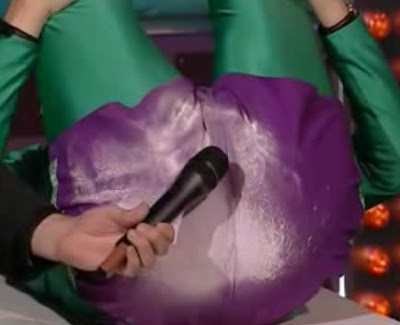 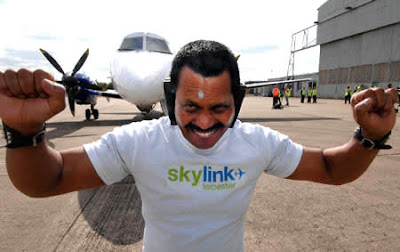 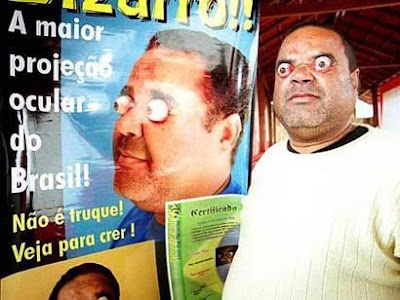 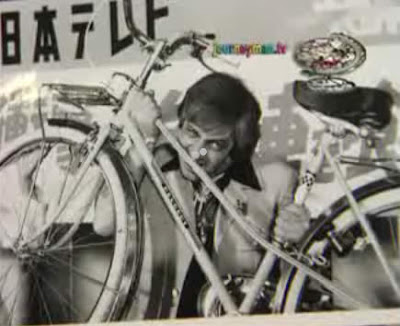 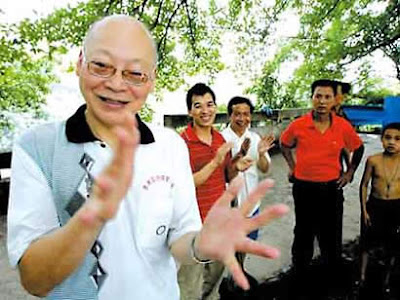 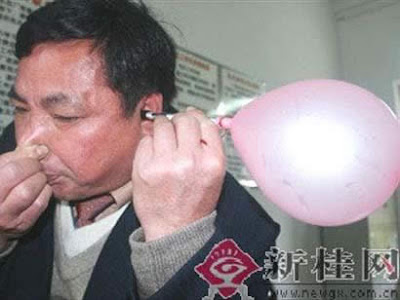 
Ru Anting
Writes with his Tears
56 year-old Ru Anting, Luoyang in China, has a very special talent: he can write calligraphy with water he shoots from his eyes. After ****ing up some water with his nose, he then sprays it through his tear ducts, ending up on the paper.

Ru discovered his unusual talent as a child while swimming in the river. "Sometimes I would swallow water while swimming, and once I accidentally discovered the water I swallowed could be shot out through my eyes. My friends were all shocked to see it," he said.

But it wasn't until the 1990s, when Ru lost his job in a local fertilizer factory after more than 20 years, that he began to develop his unusual talent. After three years of intensive training, he found he could shoot water accurately up to 10ft from his eyes at will.


Miroslaw Magola
Moves objects with his Mind
"Remember, there is no spoon". Just like that kid from "The Matrix" movie, Miroslaw Magola --The "Magnetic Man"-- defies laws of gravity with an extraordinary ability — applying the power of psycho kinesis he can raise anything from metal pans to marble statues, transport them through the air to affix to his body, then creates a force to keep them there — simply using mind control.

An avid enthusiast of the phenomenon of psychic energy, Miroslaw has developed his skill to manipulate lifeless objects in mid-air to obey his will, even forcing them spin around or shake. His mental powers are so keen that he can jump around while an object is stuck to his head without losing his mental grasp of the item. Miroslaw explains how he employs psycho kinetics to perform these uncanny feats, “It works because I load myself with energy (I connect myself to it) and at the same time I wish for the object to raise.”

Miroslaw has undergone numerous tests for his perplexing skill which remains unexplained by conventional science to date. Although Miroslaw Magola is gifted with some of the strangest abilities in the world which are generally regarded as paranormal, his book is filled with protests against exactly this form of categorization. He deals with and discusses things ‘beyond our world,’ yet describes himself as a radical rationalist and insists on his normality.

NOTE: Although writer James ***** has discredited Magola, the "magnetic man" has responded as well

Tu Jin-Sheng
Pulls a Truck with his *****
As Kung Fu magazine puts it: "When a man can tow a truck with his genitals, that’s all anyone ever really remembers about him." Tu Jin-Sheng, a 50-year-old man from Taiwan, is a martial arts grandmaster of Iron Crotch, a branch of Qigong said to have 60,000 followers worldwide. On 2005, he attached his ***** to a truck for a demonstration, and pulled it several yards across a car park in Fremont.

About 20 people, most of whom study Qigong, the ancient Chinese art of movement and breathing to increase energy, gathered for the truck pull. Its practitioners are known to lift hundreds of pounds with their genitals to increase energy and sexual performance.
Thai Ngoc
Needs no Sleep
Sixty-four-year-old Thai Ngoc, a vietnamese farmer, is known around the world for a unique talent: he needs no sleep. After getting a fever in 1973, we hasn't been able to sleep and has counted infinite numbers of sheep during more than 11,700 consecutive sleepless nights. "I don't know whether the insomnia has impacted my health or not. But I'm still healthy and can farm normally like others," Ngoc said. Proving his health, the elderly resident of Que Trung commune, Que Son district said he can carry two 50kg bags of fertilizer down 4km of road to return home every day.

Ngoc currently lives on his 5ha farm at the foot of a mountain busy with farming and taking care of pigs and chickens all day. His six children live at their house in Que Trung. Ngoc often does extra farm work or guards his farm at night to prevent theft, saying he used three months of sleepless nights to dig two large ponds to raise fish.

Paul Oldfield
World's Only Flatulist
Mr Methane, alias former train driver Paul Oldfield, claims to be the only performing professional flatulist in the world, or more precisely, a "professional farter". His 'talent' came to light when he accompanied his sister in yoga practice. There, he discovered - to his surprise and delight - that he was able to take in air through the rear, retain it, and then expel it as and when he chose. At first, it was nothing more than a party trick to entertain fellow railwaymen, but eventually Mr Methane found that by careful control, he could pick out a simple tune.
Manjit Singh
Pulls a Jet with his Ears
57 year-old Manjit Singh, called the "Ironman", holds more than 30 world records including pulling a double decker bus with his hair, lifting 85 kg with his ears, and of course, pulling a Jet also with his ears! On April 2007, Ironman pulled the aircraft -weighting approximately 7.4 tonnes- 12ft along the apron at East Midlands Airport, UK.

Speaking after the record attempt, he said: "I don't feel too bad, I have a little bit of pain around the ears but I'm ok." The attempt raised money for his charity Manjit Fitness, which aims to get children living in his native Mahilpur, India involved in sport
Claudio Pinto
Pops both of his Eyes
48-year-old brazilian man Claudio Pinto hopes for a place in the record books for an amazing talent: he can pop both eyes 95% out of their sockets. Pinto has undergone various tests and doctors say they have never seen or heard of a person who can pop the eyes as much as him.

The man from Belo Horizonte, said: "It is a pretty easy way to make money. I can pop my eyes out four centimetres each, it is a gift from God, I feel blessed."
Michel Lotito
Eats Everything
French entertainer Michel Lotito is known as Monsieur Mangetout (Mister Eat-it-all). As a famous consumer of undigestables, Lotito's performances are the consumption of metal, glass, rubber and so on in items such as bicycles, televisions, a Cessna 150, and smaller items which are disassembled, cut-up and swallowed. The aircraft took roughly two years to be 'eaten' from 1978 to 1980. He began eating unusual material while a child and has been performing publicly since 1966.

Lotito does not often suffer from ill-effects due to his diet, even after the consumption of materials usually considered poisonous. When performing he consumes around a kilogram of material daily, preceding it with mineral oil and drinking considerable quantities of water during the 'meal'. He apparently possesses a stomach and intestine with walls of twice the expected thickness, and his digestive acids are, allegedly, unusually powerful, allowing him to digest a certain portion of his metallic meal
Zhang Quan
Claps as Loud as a Helicopter
70 year-old Zhang Quan is hoping to get into the record books - by clapping his hands. His claps measured 107 decibels, just three decibels lower than whirling helicopter blades. The bad news? local environmental protection officials say Zhang is so loud, he could face arrest for noise pollution if he claps too often.
Wei Mingtang
Blows up Balloons with his Ears
Wei Mingtang, 55, is a factory worker from Guilin city, in Guangxi province, China. About 30 years ago he discovered his ears leaked air, so he came up with the idea of using his ears and a pipe for his -now famous- act: inflate balloons with his ears!

On a recent city Spring Festival Party, Wei also blew out 20 candles in a line within 20 seconds using a hose leading out from his ears.